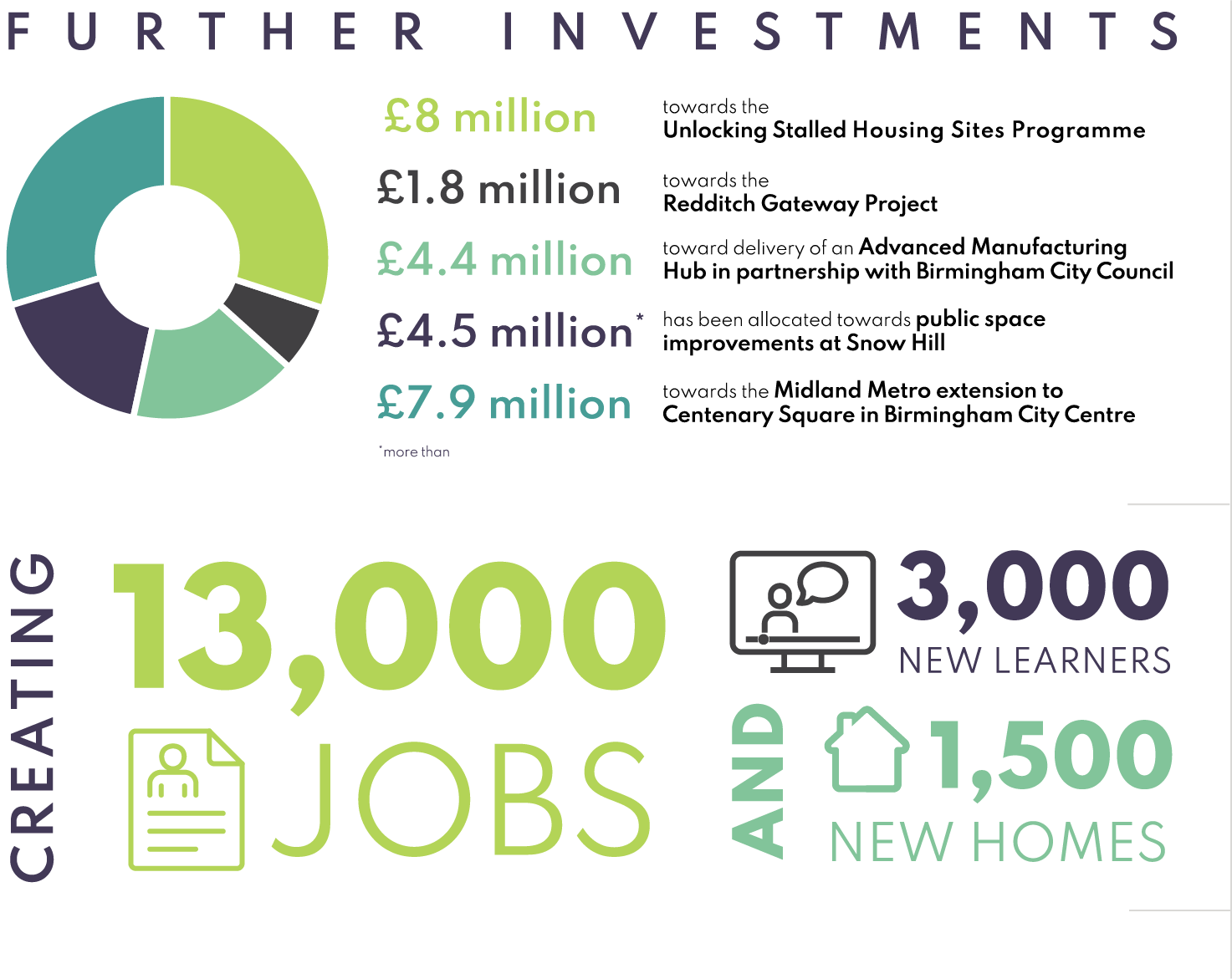 The variety of projects, with the overarching aim of driving inclusive economic growth, range from creating commercial space to enabling the growth of low carbon initiatives, investments in skills, health technologies, supporting the creative and cultural sector, building homes and creating better places to live and work in. The GBSLEP’s allocation of £207.9 million across these 100 projects has so far created 13,000 jobs, helped over 3,000 new learners and enabled 1,500 new homes to be built. The Local Growth Fund will continue to create more benefits as projects reach completion over the next few years.

Responding to the Government's vision for a green recovery post-COVID, the Local Growth Fund programme includes a series of low carbon projects. A highways upgrade which has improved access into the UK’s first low and zero carbon refuelling station at Tyseley Energy Park was followed by a £7 million investment to build the Birmingham Energy Innovation Centre on the site - a key low carbon scheme for businesses - and most recently funding was allocated to the Tyseley Incubator for Clean Energy.

Go back to Delivery & Impact