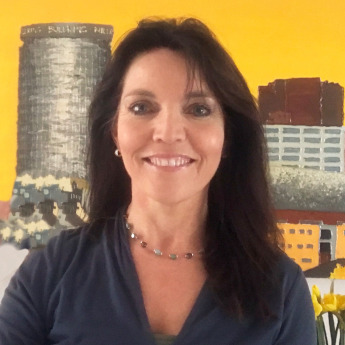 Henriette Breukelaar heads up the GBSLEP Strategy team, including including placemaking, skills and employment, business and innovation; and the Local Industrial Strategy priority sectors.

Prior to joining GBSLEP, Henriette was Executive Director at ExtraCare Charitable Trust, the UK’s leading charity in developing and operating retirement communities.

Henriette has an MA in European Economics from the University of Amsterdam. 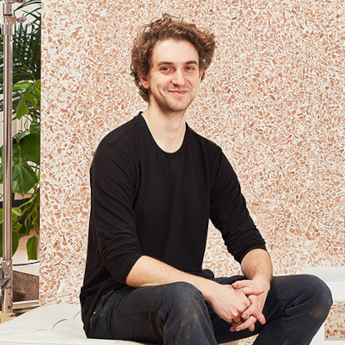 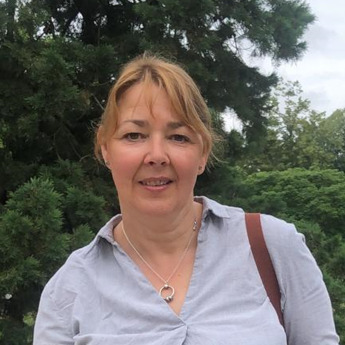 Lydia is a Regional Director within AECOM and Transport Planning District Lead for the Central Region. She has over 30 years’ experience in the public and private sectors spanning transport and highways, land use planning, and regeneration. Her roles have included planning and transport policy and strategy development; sustainable travel and behaviour change; major scheme business cases; master planning and delivery.

Lydia works closely with public and private sector clients providing planning and transportation advice and support across a range of disciplines including strategy, sustainable transport, regeneration, business cases, funding and master planning. Her current project roles include Project Director for the Highways England Spatial Planning Contract, Client and Stakeholder Lead for the development of the Key Route Network Action Plans for Transport for the West Midlands; Client Lead for the Solihull Local Cycling and Walking Infrastructure Plan (LCWIP) and Project Director for the current Black Country LCWIP; and Project Director for the Black Country Car Parking Policy and Strategy commission. She supported Highways England as Stakeholder Lead for the M42 Junction 6 Improvement scheme from Preferred Route Announcement to Detailed Design and the successful completion of the Development Consent Order statutory process. Lydia is also a member of the Regional Advisory Board for The Business Services Association.

Prior to her move to AECOM, Lydia was at the City of Wolverhampton Council (1988 to 2014) where she undertook a variety of roles for the City Council and the wider West Midlands Metropolitan Area across Planning, Economic Development and Transportation. The final 5 years she was the Head of Transportation, managing the statutory transportation and highways function for the City Council including the delivery of the Council’s transport strategy; sustainable travel; safety programme; highways asset management; urban traffic control; network co-ordination and the delivery of a £20m+ annual capital programme.

David is a Chartered Surveyor with the Royal Institute of Chartered Surveyors and a member of the Royal Town Planning Institute. Having worked within the development industry for 10 years David joined Webster & Horsfall in 2008 to lead the delivery of Tyseley Energy Park (TEP).

David is responsible for the site development strategy for TEP, which aims to tackle the key societal challenges such as energy poverty and poor air quality through the delivery of clean energy and transport fuel. Through collaborative partnerships with experts from academia, government and industry, TEP will shape the way the City develops infrastructure for renewable heat and power, energy storage, clean transport fuels and advanced waste processing. David also works with the management of Webster and Horsfall to support the consolidation of the company’s 300-year old manufacturing operation. 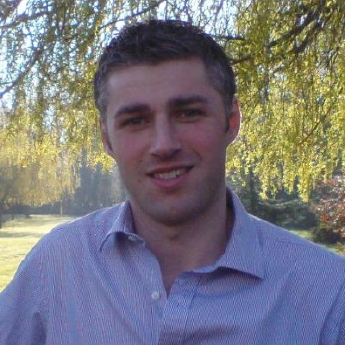 Delivering a Future For Young People

Sophie has been with Story Comms since its inception as a top strategist, copywriter, and digital specialist. Sophie is passionate about building strong client relationships, getting to know the brands she works with inside-out and becoming an expert on the finer points of their strategy. She has produced thought-provoking and highly creative communications on a regional and national level, with clients including law firm Mills & Reeve, executive search firm Berwick Partners and the Greater Birmingham & Solihull LEP.

Sophie led the announcements for Birmingham’s bid for the Commonwealth Games and HS2’s Royal Assent. Sophie’s former role in the Marketing and Comms team at Birmingham City University saw her deliver a collection of events, media relations and content for its award-winning 2016 clearing campaign. In 2017, Sophie was appointed the UK’s first Director for Young People on the Greater Birmingham and Solihull Local Enterprise Partnership board.

As well as being a leading expert on the topic of Artificial Intelligence, she is super passionate about preparing her generation, Gen Z for the digital world, through both Youth4AI (now partnered with Barclays) and Youth4CODE initiatives she founded.

In addition to her own work, she sits on multiple boards, taking an active role in regional politics, championing youth voices and diversity within digital polices. Boards include, West Midlands Combined Authority Young Board, as co-lead for both digital and skills and the West Midlands 5G Board, as an official observer. 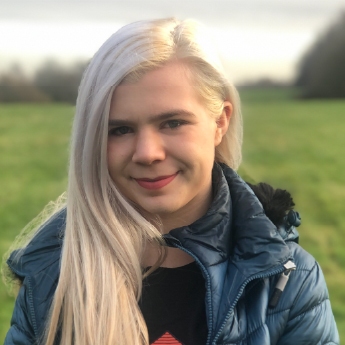 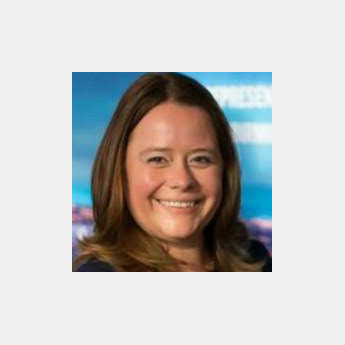 In short -  Suzie supports education and business to come together and help our region's economy and communities to grow and thrive. The College’s work with employers has recently been recognised with Commended Status by the Association of Colleges and through being a finalist at the Greater Birmingham Chamber of Commerce awards in Excellence in Education and Training.

A Loughborough University graduate, before joining BMet Suzie built her career in Marketing and PR, running an SME and has also held other positions in the city including previous chair of BPS Birmingham Future and Birmingham Young Professional of the Year Winner, Chair of Fundraising at St Basils (North Worcestershire) and been a member of the Common Purpose Advisory Board and a member of the funding committee for Elmhurst School for Dance.

At the weekends Suzie is usually playing on the Clent Hills with her family! 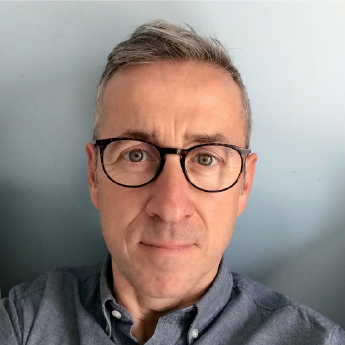 Ed Watson has spent most of his career in Local Government and is now Director of consultancy EW&A which provides strategic planning, place and political advice to a range of public and private sector clients.

He was integral in the reinvention of Kings Cross in London where he worked closely with Argent to deliver homes, jobs and infrastructure culminating in the investment of £1billion by Google in new offices and securing the arrival of The Crick. The Euston Strategic Board was set up by Ed Watson and he has also been at the helm of the high-profile West End Partnership working with businesses, communities and the Mayor of London.

As the eldest of 6 siblings, Surlender often had to help with homework duties and this is when she discovered how difficult writing was for young children. Later, when she became a parent herself, she realised that writing equipment either wasn’t designed for children as it simply did not fit their hand’s correctly or it was very expensive. As a result, Surlender set up the Love Writing Company in August 2020 creating ergonomically designed writing resources and books as a way of making it easier and more enjoyable for children to learn to write.

Today the business is growing after the challenges of COVID had delayed launching into the school and trade sectors but now is the time when children need help and support more than ever with literacy and learning to write. The Love Writing company also received business support from the GBSLEP Growth Hub, ranging from funding, business planning and help with packaging.

Supporting other businesses especially female led business is a key area that she is looking to support to encourage more females to innovate and start their entrepreneur journeys no matter what age or background by providing mentoring in key areas as marketing, product supply and manufacture as well as access to finance.

She is mentor on the Black Pounds Project and has supported Wolverhampton University and University of Birmingham by providing mentoring to students in marketing and business sectors. 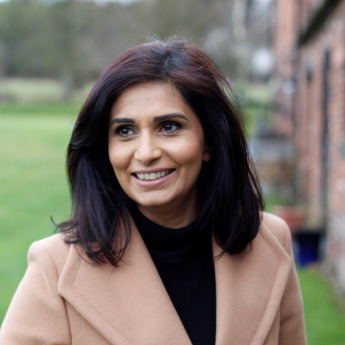 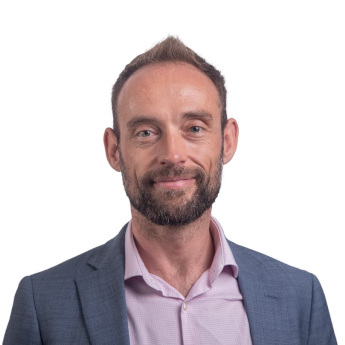 Having graduated in Modern Languages (Spanish & French) from Oxford University, I have spent my twenty-year career ever since in enterprise, business support and consultancy in public, private and third sectors.

After two years at Staffordshire University helping academics commercialise their research, I moved to North Staffordshire Chamber where I spent over eight years developing and managing a huge range of projects to help people start or grow successful businesses. I then jumped into a more commercial environment, with an international business consultancy, Winning Moves, where I led several multi-million-pound projects to accelerate the development of small and medium sized businesses, mainly in the Midlands.

In August 2015 I took on a newly created role of Growth Hub Manager for Greater Birmingham & Solihull Local Enterprise Partnership, progressing to Director in 2020. The Hub is a publicly funded, impartial one-stop-shop for all businesses and entrepreneurs seeking support or funding and works with around 2,000 businesses and individuals a year to help them realise their growth ambitions.

I have at various times volunteered for Samaritans, been a governor at two schools and a FE College (three years as Vice-chair). In 2004 I was elected as the youngest councillor on Stoke City Council. From 2006 – 2008, I was also Cabinet Member for Children & Young People’s services.

In quieter moments I love to travel, go running, workout at the gym and am a season ticket holder at Stoke City FC.

Ewa is Managing Director of Dignio UK, a firm which connects patients and healthcare professionals through a digital platform that disrupts the traditional way of delivering health services. Ewa has previously been the region’s life sciences sector lead at the West Midlands Growth Company and also a Business Development Manager at the Bio-Hub at the University of Birmingham. She therefore has very strong knowledge of the sector through private, public and academic sector lenses. She has contributed to the LEP’s life sciences agenda over the past couple of years and sat on the Industry Panel at the 2019 LEP conference. 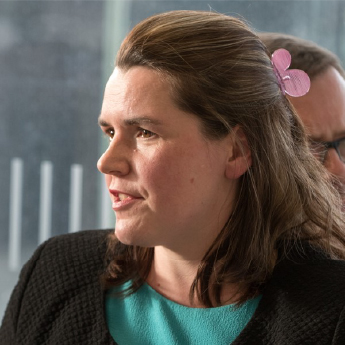