National College for High Speed Rail Birmingham: A new training facility at the heart of the future rail industry

"I’m really excited to be part of the first cohort of students to enrol at the college. I’ve always wanted to work in the rail industry and my course means I have the opportunity to gain practical, hands-on experience before I graduate, and earn while I learn.”

The National College for High Speed Rail is a state-of-the-art education facility designed to train the next generation of UK rail workers. The college has two campuses – in Birmingham and Doncaster – providing training opportunities for students spanning new learners, existing rail staff, industry partners, other education providers and career changers. Developed in collaboration with employers, the college curriculum provides learners with a wealth of transferable skills through a combination of classroom and practical learning, with opportunities to work on real-life projects and build a network of industry contacts.

The development of the new site in Birmingham’s Learning Quarter was made possible thanks to Local Growth Funding from the Greater Birmingham and Solihull Local Enterprise Partnership (GBSLEP) and additional support from Birmingham City Council (BCC).

Against a backdrop of increased devolution and regional infrastructure investment, the Midlands is set to become the heart of a rebalanced UK economy, with the first stage of the high speed rail development underway and a further £300 million of government funding recently announced to expand the network. This will require an ambitious, highly-skilled and sustainable workforce, capable of delivering one of the biggest infrastructure developments the UK has ever seen. With a city region home to the youngest population in Europe, the GBSLEP is committed to ensuring Birmingham’s young people play an integral role in this revolution.

The £26 million National College for High Speed Rail will foster regional skills development and ensure students of all backgrounds gain the highest standards of vocational training and a diverse range of career opportunities that they may not previously have had access to. The college will also seek to encourage workforce diversity as currently just 4% of UK rail engineers are women – the lowest rate in Europe.

Government funding for the college was announced in September 2014. BCC provided land valued at £4.2 million for the development, while the GBSLEP delivered £7.465 million through its Local Growth Fund. The Birmingham development team worked with counterparts at Doncaster Metropolitan Borough Council and HS2 Ltd, along with lead contractors Willmott Dixon and Bond Bryan Architects who oversaw construction of the three-storey Birmingham facility.

A ground-breaking ceremony was held in May 2016, attended by dignitaries from the National College for High Speed Rail, HS2 Ltd, BCC, GBSLEP and local supporters.  The college has since been visited by Chris Grayling MP for a topping out ceremony in October 2016 while applications for learners opened in March 2017.  The building was completed in August 2017 and saw the arrival of a branded Eurostar power car which has been donated by Alstom and is equipped with VR and AR technology to help train future college learners.  An official launch ceremony took place in October 2017 to welcome the new learners and was attended by Paul Maynard MP and West Midlands Mayor Andy Street.  The college launch also featured on the BBC One Show in early October.

Why is it important?

The NCHSR will form part of the solution to addressing the skills gap locally and across the UK – in the rail industry, 50% of current UK workers are semi-skilled and only 16% are higher level technicians or engineers. It will deliver a diverse curriculum, including Higher Apprenticeships and a Certificate for Higher Education (Cert HE) in High Speed Rail and Infrastructure, aiming to boost the number of graduate engineers and contribute to the 87,000 target Britain needs each year from the 51,000 it currently produces, as well as providing continuous professional development for current rail workers.

This will position Greater Birmingham at the cutting edge of innovation that is cultivating the next generation of rail pioneers.

The GBSLEP played a leading role in establishing the Midlands HS2 Growth Strategy, outlining how the city region will maximise the benefits of high speed rail for its businesses, people and places. The delivery of Local Growth Funding for NCHSR confirms this commitment to driving skills development and getting Greater Birmingham’s people ready to harness the opportunities presented by high speed rail.

"The National College for High Speed Rail is setting a precedent for the future of the engineering industry and presents the Greater Birmingham area with a once-in-a-generation opportunity to lead the way in delivering talent that will be fit for the task of delivering HS2 and future high speed rail projects. The funding we’ve received from the GBSLEP and Birmingham City Council, as well as wider support from city stakeholders, has catalysed the development of the college and enabled us to open the doors for our students. We’re looking forward to putting the city region, via the talented individuals we nurture, at the forefront of the UK’s rail and infrastructure developments in the years to come.” 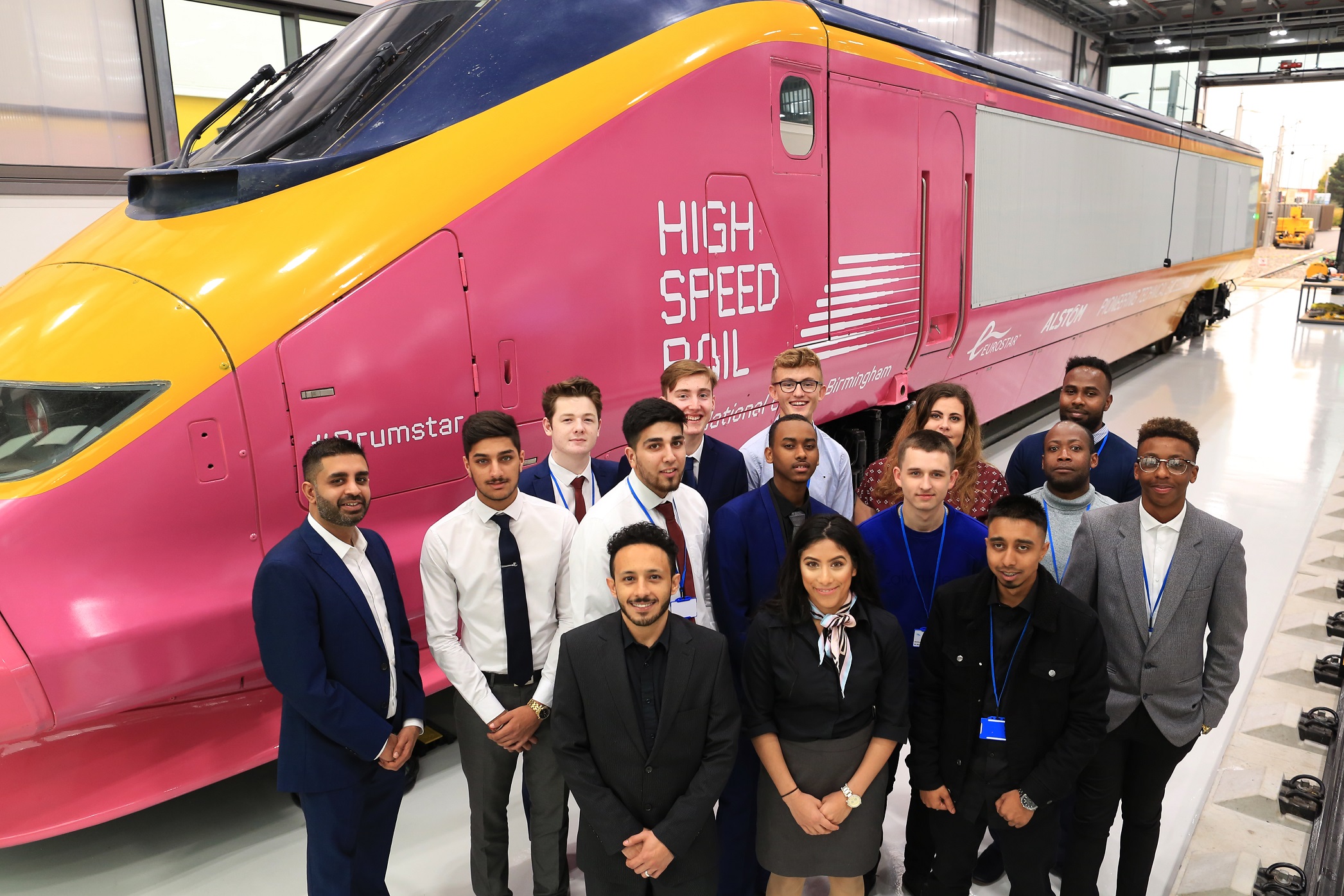 Go back to Case Studies