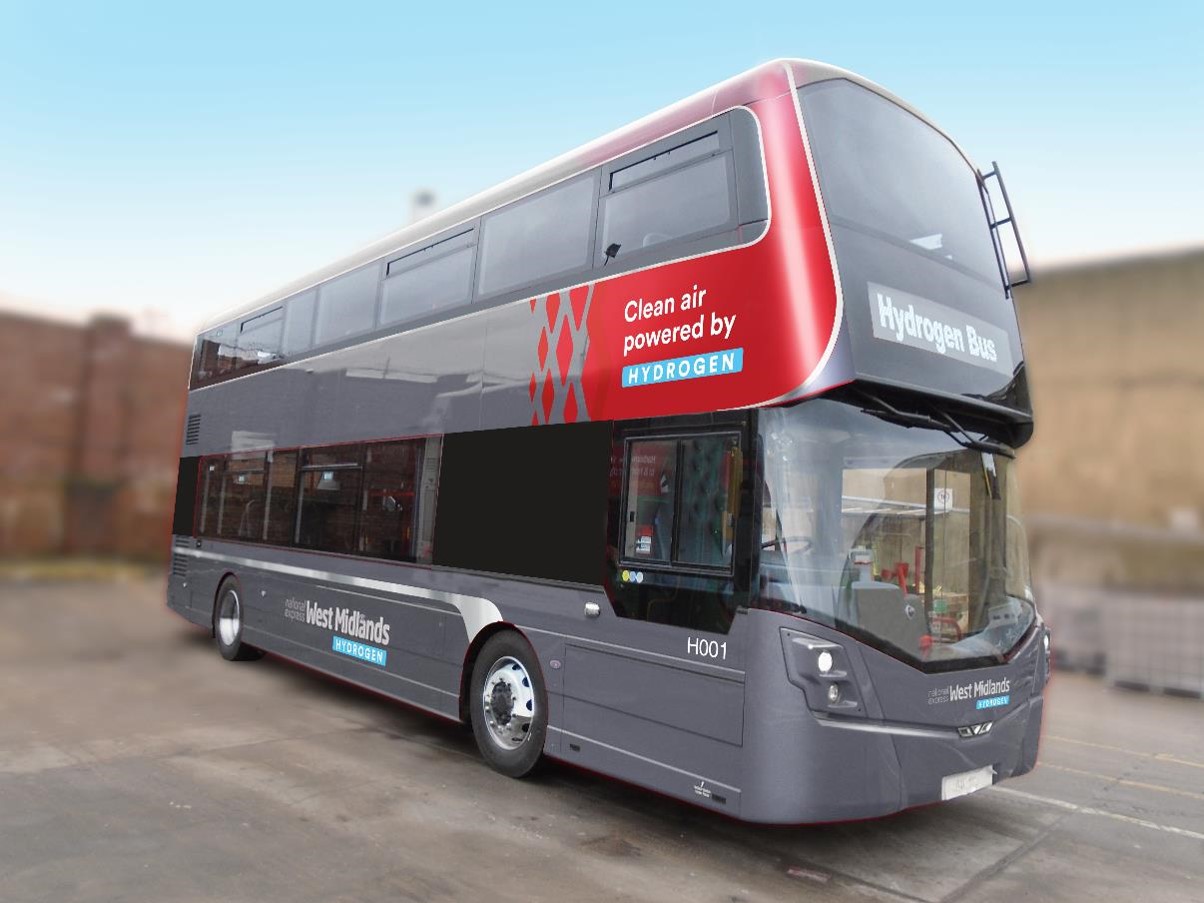 The Clean Air Hydrogen Bus Pilot looks to ‘kick-start’ the hydrogen market as a viable zero-emission fuel with the procurement and deployment of 20 hydrogen buses in Birmingham. The buses, which are made by Wrightbus and are the world's first zero-emission hydrogen fuel-cell double deckers, will be introduced with National Express West Midlands from April 2021.

It’s intended that pilot will be the catalyst for the next generation of hydrogen buses, hydrogen production and re-fuelling infrastructure development. The council have also collaborated with ITM, who will be producing and dispensing the hydrogen fuel from the new re-fuelling hub at Tyseley Energy Park.

"The team at Birmingham City Council have demonstrated real determination in reaching this milestone in what has been a difficult climate."

“This will not only make an important contribution to improving air quality for those living and working in the city, but it further augments the region’s growing low carbon and energy technologies sector. The buses will make use of the low emission re-fuelling infrastructure at Tyseley Energy Park, which GBSLEP is also proud to have supported via our Local Growth Fund."

“Our investments reflect our commitment to tackling one of the largest challenges we collectively face and to growing the region’s energy sector, which has enormous potential to generate new jobs and bring investment to the area.”

Once launched, the Clean Air Hydrogen Bus Pilot will be monitored and reviewed to analyse and ensure the ongoing commercial and operational viability of hydrogen buses, to enable a continued roll out of hydrogen fuel cell technology within bus fleets, as part of the city’s commitment to the environment and cleaner air.