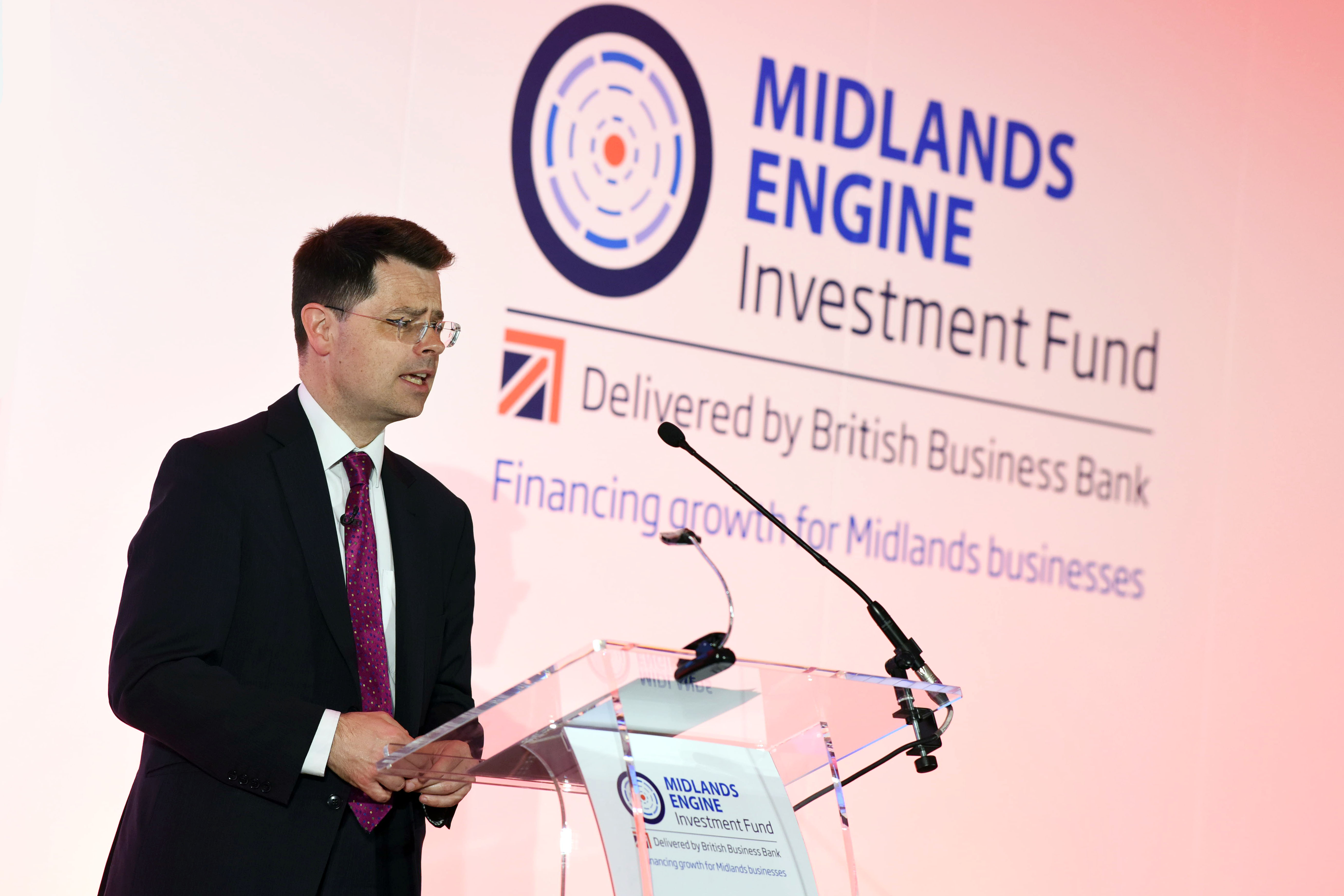 £50million has been injected into the region’s firms with the support of the Midlands Engine Investment Fund (MEIF).

Revealed at the MEIF’s anniversary event (18 June), this latest milestone is the result of making over 150 investments in firms located across the Midlands and includes £19.02 million of private sector leverage.

Now over a year since its full launch, the £250million Fund which is operated by the Government’s British Business Bank has provided finance to a wide range of firms. The most active sector to receive investment has been manufacturing. Other key areas include agri-tech, life sciences and transport technologies.

One of the Fund’s latest deals in the West Midlands was a £250k investment in Birmingham-based Rent Chief. The firm which was founded by serial entrepreneurs, Patrick Shuker and Jon Whitmore, is to use the equity finance to launch its online property management platform to the market.

Boosted by initiatives such as the MEIF, finance in the Midlands is becoming more accessible. The latest figures released in the British Business Bank’s Small Business Equity Tracker report show evidence of an increasing amount of investment being made in the Midlands with 41 per cent of equity finance now secured by companies outside the capital, up 7 per cent since 2017.

The anniversary event which was held at the Leicester Tigers' Welford Road Stadium was attended by over 150 members of the Midlands business community, as well as Communities Secretary and Ministerial Midlands Engine Champion, Rt Hon James Brokenshire MP.

“As Midlands Engine Champion in Cabinet, I am determined the Midlands should harness its full potential and be at the heart of an economy that works for everyone. A community where businesses and people can thrive, through well-paid jobs, high standards of living and greater economic growth are at the very core of our ambitions for people in this area.

“An invigorated Midlands Engine is pivotal to our Modern Industrial Strategy. This is why it’s an enormous pleasure to celebrate the contribution the Midlands Engine Investment Fund continues to make in supporting SME businesses to grow, boost the area’s productivity and make the Midlands an even better place to do business.”

“The Midlands Engine Investment Fund was set up to address a market gap in finance available to SME’s across the region. Investment can often be crucial in allowing firms to explore emerging opportunities and expand, without it growth stalls.

“By hitting this milestone, only months after passing the £25million mark, we are reaffirming our commitment to Midlands’ businesses, providing much needed investment and helping many fulfil their growth ambitions.

“Through our six fund managers, strong network of LEPs and the private sector, we have fostered a real sense of regional collaboration. This has been pivotal to the success of the MEIF and will continue to play an important role as the Fund achieves new milestones in the future.”

Investments from the MEIF are made by one of six appointed fund managers working across the East and South-East Midlands and West Midlands and supported by a network of Local Enterprise Partnerships. The £250million fund offers debt and equity investment between £25,000 to £2million.