Orbit has marked the completion of its Saxon Gate development in Lichfield with a commemorative event in honour of six soldiers from the former Staffordshire Regiment. The completion ceremony took place at the 99-home Eastern Avenue development where six roads are named after recipients of the Victoria Cross (VC) and a further one is named after the Regiment’s mascot, a Staffordshire bull terrier called Watchman.

The Victoria Cross is one of the highest and most prestigious honours awarded to members of the British Armed Forces and the South Staffordshire Regiment soldiers and the mascot who are commemorated at the development are: –

As a supporter of the Armed Forces Covenant, Orbit is privileged to pay its respects to these six Victoria Cross recipients at Saxon Gate. This is a long-lasting tribute to those soldiers who fought for their country on behalf of the local regiment. We are honoured to commemorate these brave men in this way, and to have their names live on and be associated with the new community we have built in Lichfield.”

Saxon Gate is a development of 99 homes, 59 of which were built for affordable rent or sale. It comprises a selection of 1-4-bedroom homes, including apartments, terraced, semi-detached and detached houses. The development utilised funding from the Unlocking Stalled Housing Sites Programme, a fund launched in 2016 by Greater Birmingham and Solihull Local Enterprise Partnership (GBSLEP) and managed by Finance Birmingham. It is designed to remove barriers to development and aims to bring forward at least 500 news homes over a three-year period.

We have built a thriving community at Saxon Gate, through a mixture of private sale and affordable tenures. The much-needed affordable homes proved particularly popular, with the majority taken within weeks of their release.  The development has a park at its core to create a focal point for the community along with plenty of green space to complement its open feel design.”

We welcomed the opportunity to work with partners on the Saxon Gate project, providing high quality housing for residents of Staffordshire including, people from our military services. This is a prime example of how the Unlocking Stalled Housing Sites Fund is successfully accelerating much needed housing developments across Greater Birmingham and Solihull. The provision of affordable and quality housing is essential to the continued economic growth of the region, retaining and attracting businesses and communities to Lichfield and surrounding Staffordshire area.” 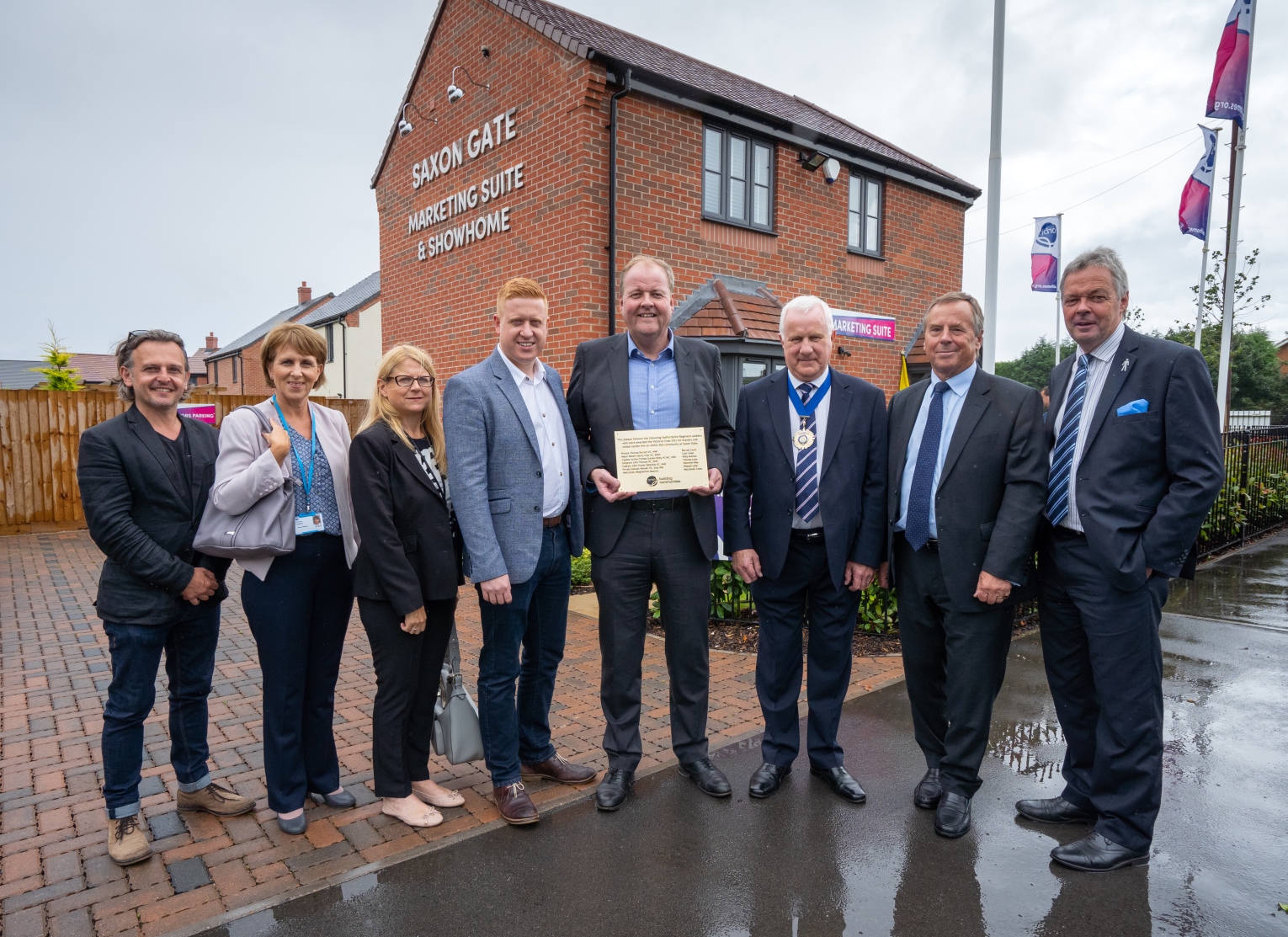 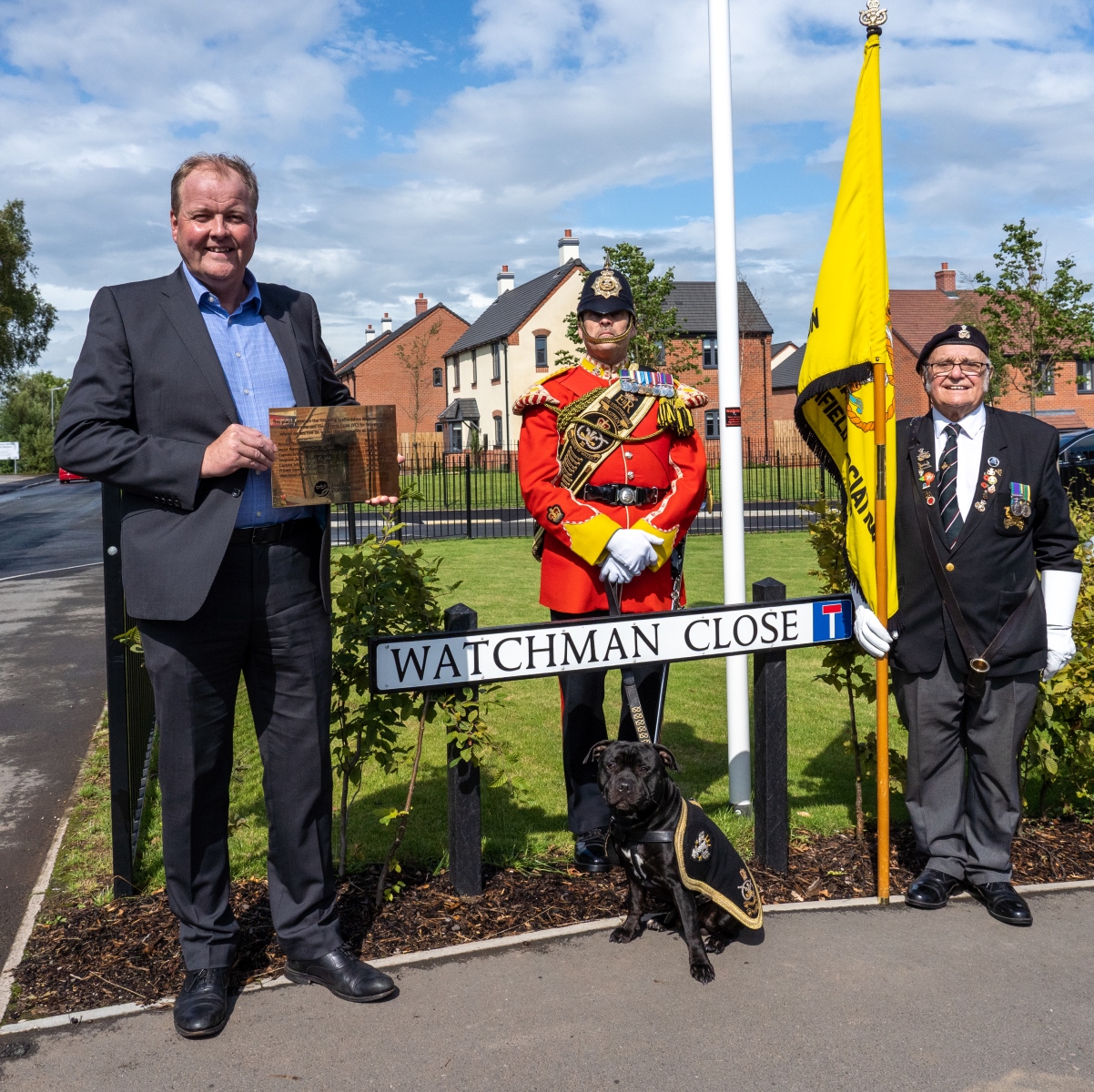 L to R: Andrew McDermott and Watchman the mascot, with his handler Greg Hedges, and standard bearer. 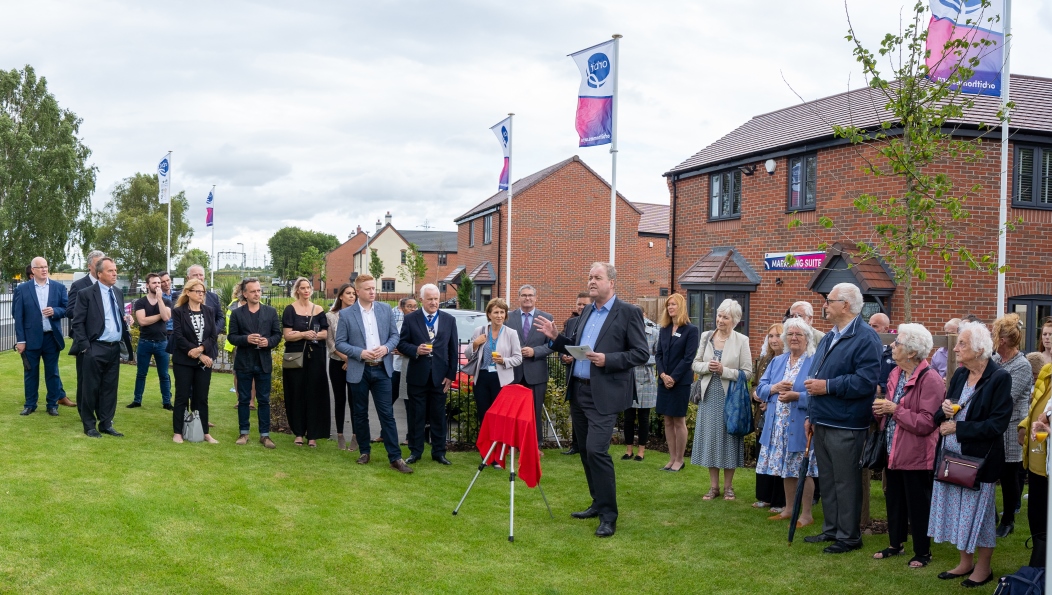 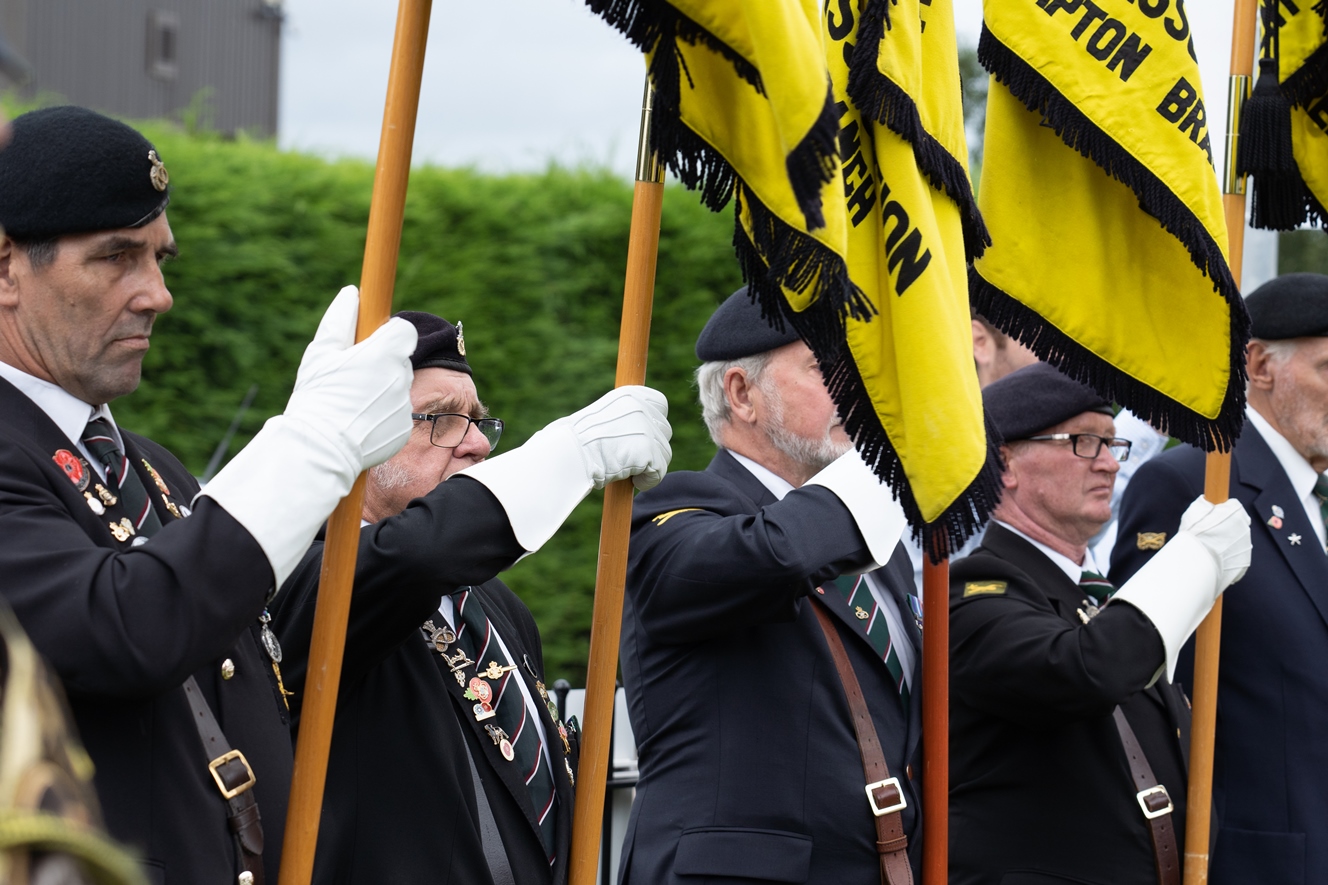