The installation of a new canal bridge has marked a major milestone in the £56 million redevelopment of University railway station in Birmingham.

Spanning the Worcester & Birmingham Canal, the bridge links the new station to the University of Birmingham campus and will be crossed by thousands of passengers a day when it opens next summer.

The existing 1970s building, which serves both the University of Birmingham campus and Queen Elizabeth Hospital, is one of the busiest stations in the region. The new building will offer passengers greater capacity and comfort.

Mayor of the West Midlands Andy Street and representatives of partner organisations including Birmingham City Council, the Greater Birmingham and Solihull Local Enterprise Partnership (GBSLEP) and University of Birmingham were among the first to get a close-up look at the new bridge as they toured the site to check progress on construction.

The station buildings are being assembled from a 480-tonne flat pack structure – parts produced off-site and assembled on location to speed up construction. Its huge concrete frame is now complete and brick-effect cladding is now being fitted. The main building is on Vincent Drive and a second smaller building sits between the railway line and canal.

“The redevelopment of University station will create a gateway to South Birmingham and futureproof commuter routes by securing capacity for over seven million passengers a year, making jobs more accessible and providing the key infrastructure for regional growth.

“GBSLEP has invested £4m from the Local Growth Fund and £4m from the government’s Getting Building Fund to enable the project to proceed at full speed. We have used our unique structure of bringing public, private and academic sectors together to ensure this investment is guided by inclusive economic recovery which creates jobs and a lasting legacy for our citizens.”

“Last time I was on site it was an empty plot of land – so I am delighted to see how much progress has been made in just a few months. It really is an impressive achievement that progress has been made so quickly on the new station while the busy Cross City line and existing station are continuing to stay open, with disruption to the travelling public kept to a minimum.

“We all know the current station is stretched well beyond its capacity and isn’t fit for purpose anymore, and so this work will make a real difference to the thousands of commuters that use the station every single day. It is also, of course, part of our wider investment in rail in the West Midlands, with five new stations and two station redevelopments under way and plans for much more to come.”

"Improved public transport and better access to rail links is vital for neighbourhoods like Selly Oak and Edgbaston, and those travelling into the university and hospitals. It will also help reduce congestion and improve air quality as we work towards become a net zero carbon city."

Trevor Payne, director of estates at the University of Birmingham, added:

“The bridge installation is an important milestone in this project and it’s great to see the new building taking shape. These facilities will be important for our staff, students and visitors as well as being a valuable asset to transport across the city.

“We’re particularly delighted to see the great progress on the project ahead of next summer, as the university prepares to host events during the Birmingham 2022 Commonwealth Games.”

The building has been constructed from 1,500 square metres of concrete columns, beams and wall sections brought together to form the outer shell of the new buildings. The buildings are supported by foundations made up of 403 concrete columns under the ground.

Transport for West Midlands (TfWM), which is part of the West Midlands Combined Authority (WMCA), and West Midlands Rail Executive are leading a consortium including the University of Birmingham, Birmingham City Council, Network Rail, West Midlands Trains, the Department for Transport, the Greater Birmingham and Solihull LEP, Canal and River Trust, SLC-AECOM, CrossCountry Trains and Midlands Engine to fund and develop the project.

Works on University station are being carried out by VolkerFitzpatrick under contract from TfWM.

This investment is just part of the region’s wider plans for rail which include the construction of six new stations and the reopening of the Camp Hill and Wolverhampton to Walsall lines to passenger services. It will also contribute towards the West Midlands’ target of becoming a net-zero carbon region by 2041. 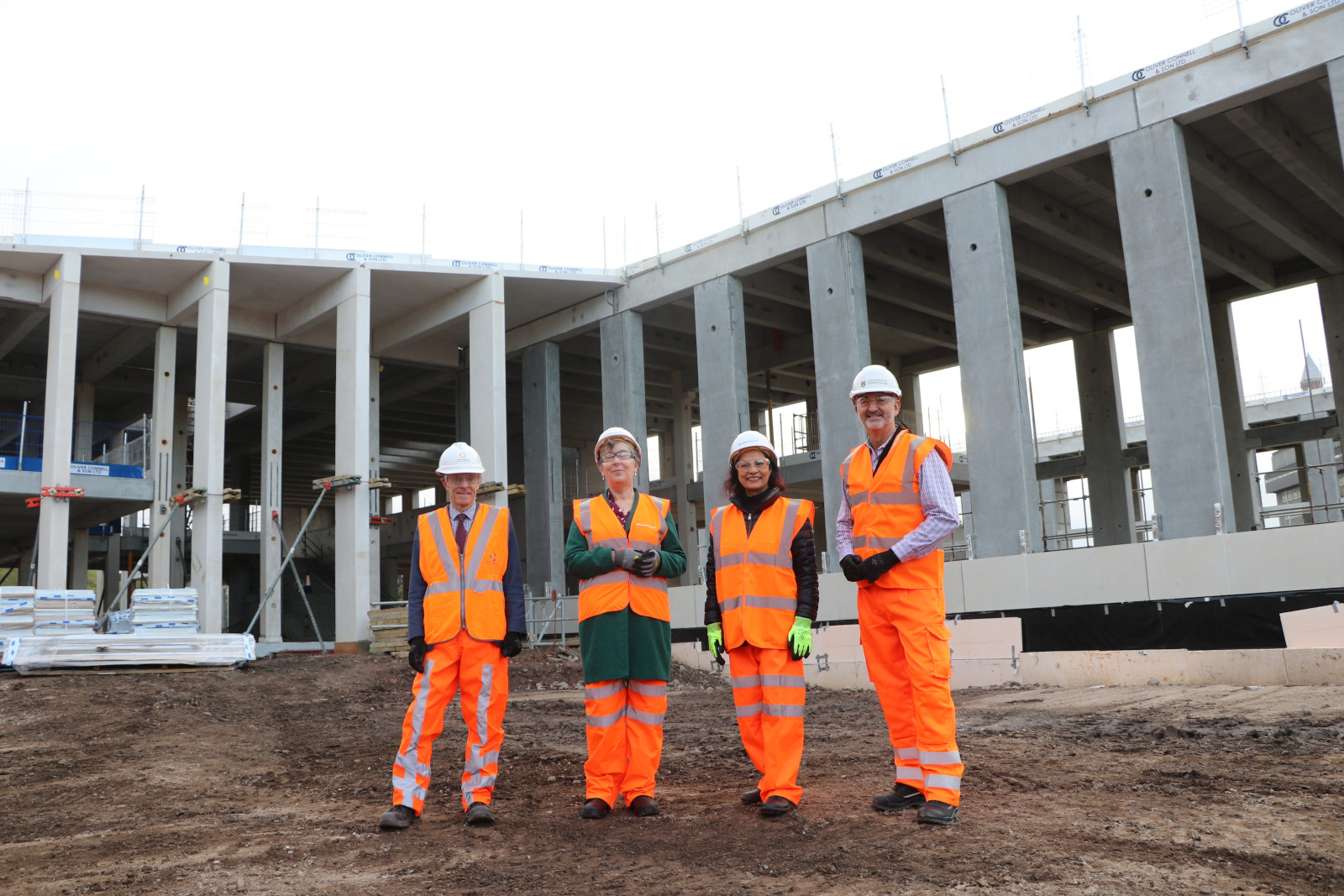